SoftwareLab.org is an independent software testing company. To keep our information free to access, we may earn a referral commission when you make a purchase using one of the links below. In doing so, you are supporting independent testing, for which we are grateful.

The Best Antivirus Software of 2021 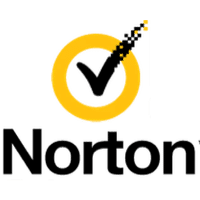 Trusted by 50 million users around the world 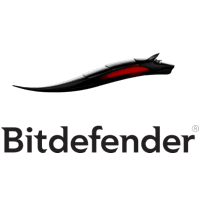 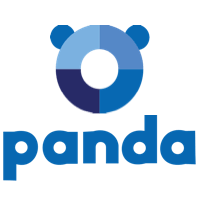 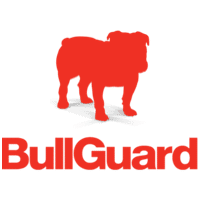 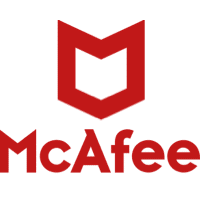 Below we explain with factors go into the calculation of our editors’ rating, what each of these factors means, and the data sources we use

Digital security and privacy are essential. And knowing what sources to trust, when selecting your security software, is equally important.

Therefor, we want to be transparent about the methods we use to analyse and select the best antivirus software for Windows 10 PCs.

Below are the 3 factors that we consider most important. All of them matter, but they are not equal. Therefor, each has a different impact on the final score.

Read more below to learn about each factor.

The core function of antivirus software is the protection against malware threats and phishing attacks. The German and Austrian test laboratories, AV-Test and AV-Comparatives, run several in-depth studies each year to analyse how the various brand handle these threats.

To do so, they run each of the security tools through the three tests described below. Rather than duplicate their work, we use their findings to reach the protection score for each of the brands in our comparison.

The aim of the exercise is to discover how antivirus software respond to online malware threats.

This is done by browsing to a malicious URL and observing whether the URL is blocked or not. In case it is blocked, the antivirus passes the test.

In case the URL is not blocked, the malware will be allowed to execute. Should the antivirus software detect the malware at this stage (via signature or behavioural detection methods) and block its execution, the antivirus still passes the test.

If neither the URL nor the malware is blocked, then the system is compromised, and the antivirus fails the test.

During this tests, computers are exposed to malware via USBs and network drives, rather than the web.

After exposing a PC to a malware sample, an on-demand scan is run. Should the antivirus detect the malware’s digital signature and prevent it from executing, the antivirus passes the test.

In case it does not discover the digital signature, the malware is allowed to execute. Here the antivirus has a second attempt to catch the malware. This time using its behavioural detection features.

Should it fail to catch the malware again, the antivirus fails the test.

Phishing attacks attempt to trick users into handing over sensitive information to hackers, such as their credit card details. This is done by mimicking legitimate websites, often PayPal and banks, and requesting users to type in their log-in details.

This is an important test, because phishing attacks do not infect a PC with malware, but rather attempt to manipulate the user through social engineering and spoofing. Therefor, the antivirus require a different skill set from detecting malicious computer code or suspicious file behaviour.

The test itself is actually quite simple. It measures whether the antivirus software, or its browser extension, warns the user when he or she attempts to access a fraudulent website. If it does not, it fails the test.

The privacy industry is taking the world by storm. At a time when governments, internet service providers (ISPs), and big data firms can track everything, consumers are craving privacy. To meet this demand, cybersecurity companies are adding privacy features to their products.

Below, we describe the most essential privacy features. Our experience in working with these tools is the basis for the privacy score in this comparison.

A VPN allows you to encrypt your internet connection and mask your IP address. The benefit of this is that hackers, internet service providers (ISPs), big data companies, and governments cannot see what you do online. In effect, this restores your anonymity when browsing the web.

Until recently, antivirus and VPN were separate industries. That is no longer the case. Nearly all antivirus manufacturers now offer VPN connections as part of their product. However, the way in which they do this varies quite a bit. In our analysis of the various VPN, we test for:

This last point – the logging policy – is particularly important. Although you are anonymous online when you use a VPN, the VPN company itself can still track what you do. After all, your online activities flow through their servers.

Of course the VPN shouldn’t track what you do online. A VPN is a privacy product. That means privacy from everyone, including the VPN provider itself. Sadly though, many free VPN services and even some paid ones, abuse their power by collecting and reselling your data.

So what about the companies in our comparison? Can you trust them? And are their VPNs worth your money?

Norton: A trustworthy company and a good VPN deal.

Norton built its own VPN, called Norton Secure VPN. It is included for free with all antivirus products, except for the entry-level AV Plus.

The VPN has some flaws (no kill switch and no torrenting allowed), but it’s secure, fast, works with Netflix, and has a clear no-log policy (meaning that it doesn’t track anything you do online).

And the fact that it is included for free, makes it the best VPN deal among the major antivirus brands.

BitDefender and Panda haven’t build their own VPN. Instead, they re-sell Hotspot Shield’s VPN under their own brandname.

Hotspot Shield’s VPN, which is owned by Pango, is one of the global leaders in the VPN space. It is fast, highly secure, allows torrenting and works with Netflix. It can easily compete with the other big names, like CyberGhost and NordVPN.

The VPN sold by BitDefender and Panda is a basic version of Hotspot Shield’s VPN, as you’ll miss out on several server locations and the kill switch. However, it comes at a very significant discount. Where Hotspot Shield sells its VPN at about $ 100 per year, you can get it from BitDefender at $ 39,99.

One thing to note is that, although BitDefender and Panda own your data, Pango processes it on their behalf. Luckily, Pango has a clear no-log policy, which means that none of your online activity is stored. So you can rest assured that you are completely anonymous online.

BullGuard: A trustworthy company but not a good VPN deal.

BullGuard re-sells a basic version of NordVPN’s service under its own brandname. Although NordVPN is excellent (fast, secure, works with Netflix and torrenting, and has a clear no-log policy), not all its features are available on BullGuard’s version (only 16 server locations an no kill switch).

This is not necessarily a problem, as long as the price is right, like in the case of BitDefender and Panda. After all, if you get less, you should pay less.

Sadly though, that is not the case. BullGuard’s VPN and NordVPN are priced very close to each other, which makes no sense. So if you want NordVPN’s excellent service, just get it straight from the source. Don’t pay the same for less at BullGuard.

McAfee: Not a trustworthy company and, therefor, a terrible VPN deal.

McAfee bought TunnelBear (a VPN company) in 2018. Since then, it includes its VPN (now called Safe Connect) for free in its McAfee Total Security package. Sadly though, you should avoid this VPN.

McAfee logs your IP address, location, websites your visit, links you click, and much more. It retains this data forever and grants itself the freedom to sell it to others. This is as bad as it gets. There is little difference between McAfee’s logging policy and that of your average internet service provider.

Some antivirus brands, like BitDefender, now also include an anti-tracker in the form of a browser extension. Although there are plenty of free anti-trackers on the market, it is nice to see BitDefender increasing its privacy features.

As the name suggests, anti-trackers block tracking elements such as cookies. This stops those annoying ads from following your every move online. This has the double advantage of increasing your privacy and making websites load faster.

Hackers are able to activate your laptop’s webcam and microphone without your awareness. This is as creepy as it sounds. Luckily, both Norton and BitDefender include webcam security as standard in their antivirus package.

Any program that continuously runs in the background requires a certain amount of resources. Antivirus software do as well. The manner in which they do varies significantly however. Where one is hardly noticeable, another might cause your system to slow down by as much as 20%.

The test laboratories AV-Test and AV-Comparatives both run performance tests, in which they measure the resources required by antivirus software to perform their tasks.

Test cases include the slow down caused by antivirus software when copying, downloading and archiving files, installing and launching applications, and browsing websites.

AV-Comparatives runs the tests on “low-end” Windows 10 machines (i3 CPU, 4GB of RAM and a SSD hard disk), using their own in-house tests, as well as standardised performance tests such as PC Mark 10 Professional.

We use their results, combined with our own test results, as the basis for our verdict in the speed section.