We may earn a commission when you make a purchase via links on this site.

When we test and review the best antivirus for iOS, the operating system of iPhones and iPads, we go through the following process:

Below you can find the best antivirus for iPhone and iPad. We hope you will find our work helpful.

This article was written by Tibor Moes, founder and CEO of SoftwareLab.

Tibor is an engineer from the Netherlands that started reviewing security software in 2014. Since then, he has tested most leading antivirus software, VPN, password managers, and hosting services.

Currently, he uses Norton to protect his devices, CyberGhost for his privacy, and Dashlane for his passwords. This website, SoftwareLab.org, is hosted on a Digital Ocean server via Cloudways and built with DIVI on WordPress. 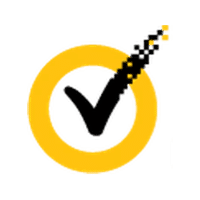 Norton is the only antivirus app for iOS that combines excellent Web Protection and Identity Theft Protection with an unlimited VPN. This allows Norton to 100% protect your identity and privacy.

Norton is the best antivirus app for iOS. 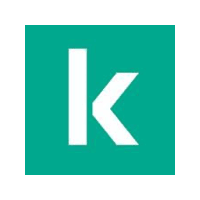 Kaspersky’s Security Cloud for iOS covers all the core features (VPN, Web Protection, and Identity Protection) and even adds a password manager. However, its VPN remains limited to a maximum of 500 MB / day.

Kaspersky is the best alternative to Norton.

The Best Antivirus for iPhone & iPad

iOS, the operating software of your iPhone and iPad, is incredibly safe. Apple made sure that every app lives in a “sandbox,” a sealed-off environment from which it cannot infect or influence other apps and files.

However, that does not mean that you are safe. You still need a security app. Just not to protect you from malware. Instead, good security apps for iOS safeguard your online privacy and prevent your identity from being stolen by hackers.

Below are reviews of the three best antivirus apps for iPhone and iPad. Click on the links to be taken to your review of choice.

Or simply scroll down.

Prices vary per country. Click the buttons below to see it in yours:

Norton Mobile Security for iOS is the best antivirus for iPhone and iPad.

In short: Norton will significantly improve your online security and safeguard your privacy and identity. It’s the best security app for iOS of 2022. 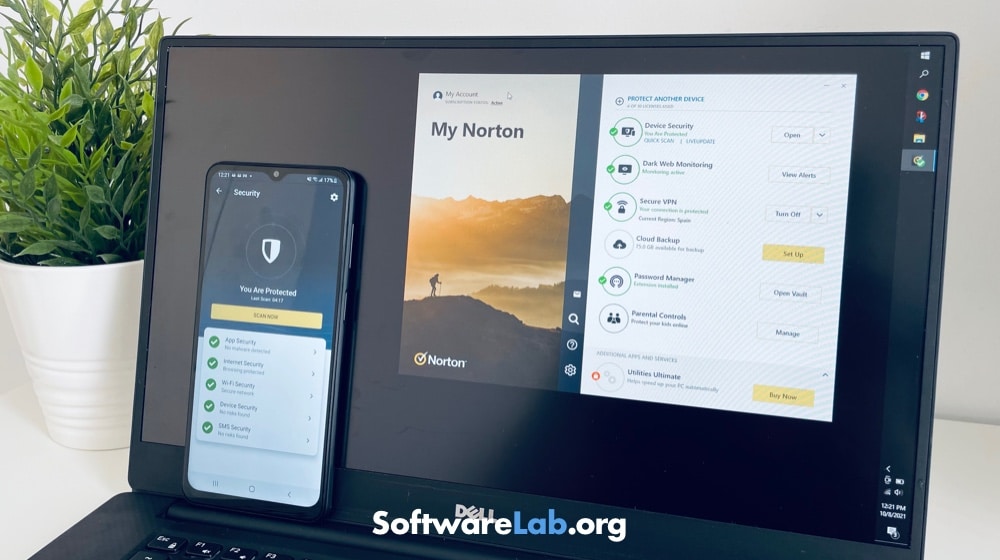 Below we will discuss all of Norton’s features in order of importance.

A VPN (Virtual Private Network) hides your iPhone’s IP address and encrypts your internet connection. This has several advantages:

The best thing about Norton’s Secure VPN is its unlimited data. VPNs offered by other brands usually have a data limit between 200 and 500 MB / day, which means that you can’t leave the VPN on. Instead, you’ll have to use it tactfully and, most importantly, not forget to turn it on.

With Norton, you can turn the VPN on once and forget about it. From that moment forward, you will be anonymous online. Forever.

The ad tracker is part of Norton’s VPN. When the VPN is activated, the Ad Tracker will block cookies that attempt to track your activity online.

Norton’s advanced Web Protection will detect and block dangerous sites before you visit them. It works with any iOS browser and can be activated with or without the VPN. Of course, we recommend turning on both simultaneously to maximize your protection from online threats.

Did you know that there is a hidden part of the internet that search engines can’t find? It’s called the Dark Web, and cybercriminals use it to buy and sell personal data, like credit card information. Norton can search the Dark Web to see whether criminals are trading your personal data.

It can monitor your:

Norton will check whether you have updated your iPhone or iPad to the latest iOS version. As newer versions are frequently security updates, they are critical. Interestingly, we often learn about a new update for iOS from Norton and not from our iPhone itself. So it’s a helpful feature.

Norton will check whether your Wi-Fi connection is password protected and encrypted. If you have the Auto-Connect feature of your VPN activated, it will automatically start the VPN if you connect to a compromised network.

Is Norton Mobile Security for iOS the best antivirus for iPhone?

Norton is different. By combining an Unlimited VPN with Web Protection, Anti-Tracking, Identity Theft Protection, and a range of bonus features like Device Security, it is a truly valuable addition to the native security of iOS.

If you also want to protect a PC or Mac, you could read our review of Norton 360 Deluxe, which you can install on any operating system. It is also our pick for the best all-round antivirus software of 2022.

Kaspersky Security Cloud for iOS offers a range of products. It starts with a basic free version and moves up to a 10-device package costing a whopping $ 150 per year.

Overall, it covers all security tools required on iOS: a VPN, a Web Protection feature, and an Identity Protection feature. But it’s too bad that, no matter what package you buy, the VPN has a data limit of 500 MB / day.

Therefore, we believe Norton is the best security app for iOS, thanks to its unlimited VPN. 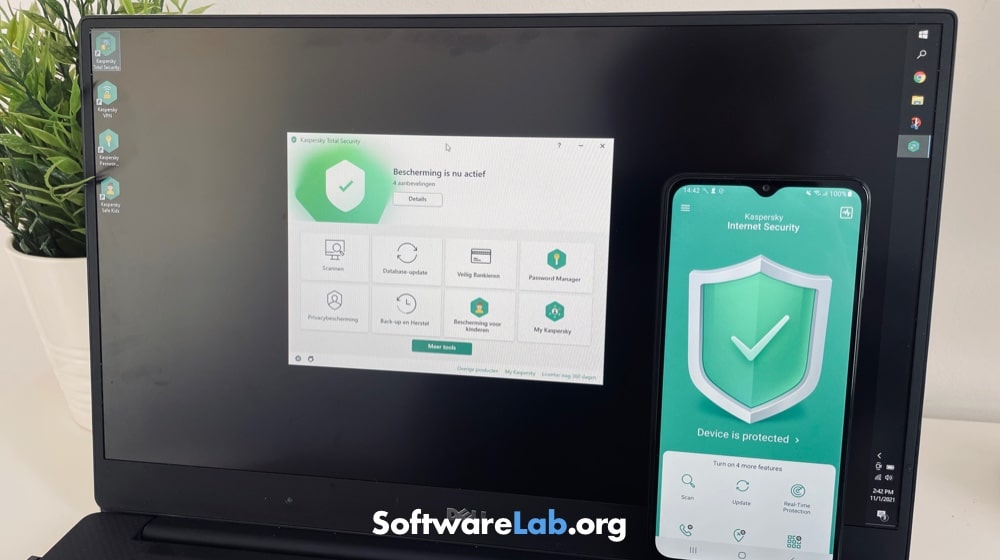 There is no Kaspersky Internet Security for iOS, as there is on Android and Mac. Instead, Kaspersky’s iOS app is called Security Cloud and comes in several versions:

If you don’t want to spend anything, this is not a bad deal. Although the VPN and password limits are low, and the app lacks web protection, it still offers basic security. Therefore, it is the best free antivirus for iOS in our test.

It includes everything from the free plan and adds the following on top:

It can be installed on 5 devices of any operating system, includes everything from the Personal plan above, and adds the following on top:

It includes everything from the Personal plan above but can be installed on 10 devices (instead of 5) of any operating system.

Is Kaspersky Security Cloud for iOS the best antivirus for iPhone?

No, it’s not. The Personal plan for 1 device is a reasonably complete security app and covers the three features that we look for in an iOS antivirus app:

On top of that, it adds a password manager, which makes it a very compelling deal. However, we would have loved to see an unlimited VPN. No matter how much you pay for Kaspersky, the data limit on the VPN will never exceed 500 MB / day, which is simply too low.

Instead, we believe every antivirus software should include an unlimited VPN. Therefore, we prefer Norton Mobile Security for iOS. 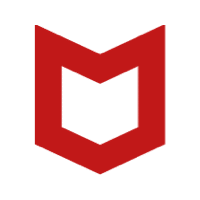 McAfee Mobile Security for iOS has the best design of all antivirus apps for iOS that we’ve tested. On top of that, by combining a VPN, Safe Browsing, and Identity Protection, its feature set is very similar to that of our test winner Norton.

However, McAfee’s VPN is limited to 500 MB / day unless you opt for the very expensive McAfee Total Protection. On top of that, McAfee’s privacy policy, which allows the company to collect your IP address and browsing history, is one of the worst we have read.

Until McAfee updates its privacy policy and makes the unlimited VPN available at a lower price, we will stick to Norton. 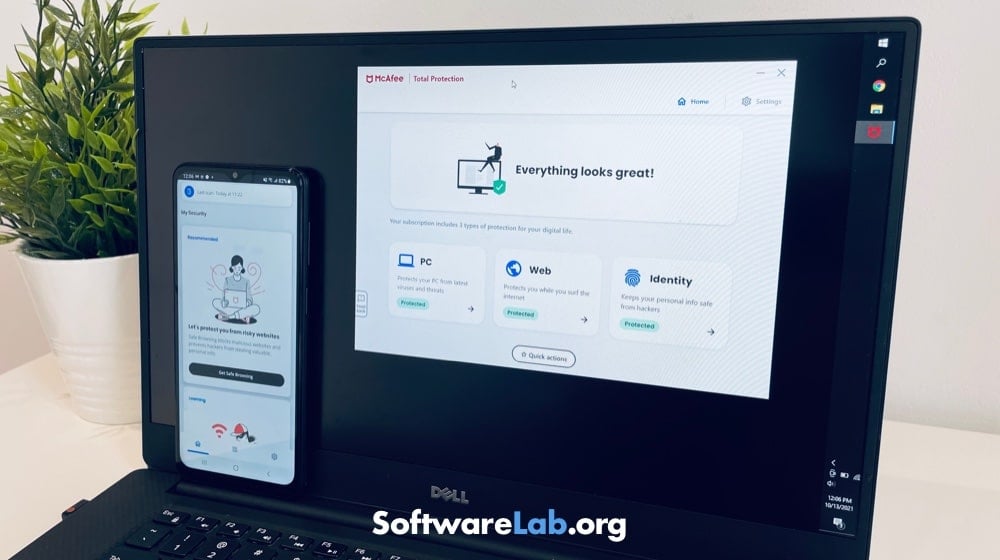 McAfee’s iOS app has one of the best designs we’ve seen. We like it even more than Norton’s. Feature-wise, the two American brands are pretty similar. Upon testing, however, we noticed some important differences.

By activating McAfee’s VPN, you encrypt your internet connection and hide your IP address. This makes you untraceable and anonymous online. If you frequently surf on Public unsecured Wi-Fi networks, this is a crucial feature.

Because Norton already includes an unlimited VPN with its Mobile Security software, at $ 29,95 per year, McAfee looks quite expensive. On top of that, during our test with McAfee’s VPN, we ran into several issues:

1. The VPN was limited to 500 MB / day, even though we had signed up for the expensive McAfee Total Protection, also known as McAfee LiveSafe. This might have been a temporary bug, but we could not fix it.

3. If you turn off auto-renewal, the VPN will be limited to 500 MB / day, even if you bought the expensive Total Protection package. We think this is a rather dirty trick to lock people into their subscription.

All of this is simply not acceptable from a company that claims to “care deeply about your privacy” (McAfee’s exact words). Therefore, we would advise sticking with Norton until McAfee fixes these issues.

McAfee will block malicious websites, known for phishing attacks, when you surf, shop, and socialize online.

Identity theft is a significant security threat. McAfee can monitor the Dark Web to see whether hackers got a hold of your email addresses, phone numbers, passport numbers, bank accounts, credit cards details, and more.

Like the VPN, this feature becomes limited when you turn off auto-renewal. If you ask us, that’s not the way to treat a paying customer.

McAfee scans the encryption strength and password of your Wi-Fi network.

McAfee’s system security scan will check whether your iOS version is up to date.

Is McAfee Mobile Security for iOS the best antivirus for iPhone?

No, it’s not. Although its design is excellent and its feature-set similar to that of Norton, there are too many red flags.

As long as McAfee does not fix its privacy policy, VPN data limit, and auto-renewal tricks, we recommend sticking with Norton.

Due to the size of an article like this, we can’t feature all products we’ve tested:

Many of these were capable of blocking malicious websites and protecting you on unsecured wifi networks with a limited VPN. Some even had basic anti-theft features to recover or erase a lost or stolen device. That said, due to Apple’s excellent Find My iPhone, the anti-theft protection didn’t offer a significant benefit.

Therefore, none of those brands made our top three. Instead, we believe that Norton and Kaspersky are the best iPhone antivirus apps.

Below are frequently asked questions from across the web.

Yes. Although the threat of malware is limited on iOS, identity theft and online privacy are very real concerns. Therefore, the best iOS antivirus apps include Web Protection, a VPN, and Dark Web Monitoring.

Can you scan your iPhone or iPad for malware?

No. Because all apps on iOS live in a closed-off environment, from which they cannot leave, antivirus apps cannot “scan” your iPhone or iPad for viruses. Luckily, the threat of malware is limited on iOS.

Below are several sources used to analyze the software.